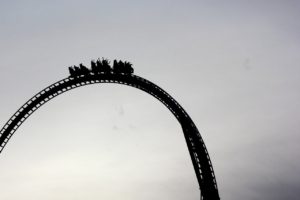 The Fiestas de Octubre (October Celebrations) of Jalisco and Guadalajara have begun, as of today, the last day of September. Of what do we speak, you may ask? Every year, Mexican towns, cities, municipalities, what-have-you hosts an annual celebration for itself, its citizens and any would-be visitors. The end result in our city is a massive fair with rides and street food and a whole lot more, such as celebrity performances including the acknowledgement of a beauty queen and enjoyment of famous musical acts. Once again, Guadalajara is prepped for the experience, as best as it can be. If you’re currently in the city and you want to replicate a US state fair and then some, but in a completely different country, culture and manner, then look no further than the Fiestas de Octubre.

According to the official website promoting the festivities this year, the October Celebrations began in 1965 with the first one taking place in Guadalajara’s Parque Agua Azul (Blue Water Park). Thanks to the success of these initial celebrations and the steady visitor increase, the festivities were moved to the Benito Juárez Auditorium in 1984 and this remains their home. 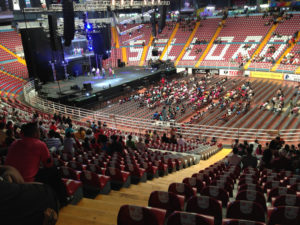 In 1989, the Jalisco State Congress created the governing body that, to this day, has been responsible for the success of the festivities. To this end, the organization has petitioned for new and novel proposals in order to offer the public the best spectacles, fun and cultural experience possible. These days, the October Celebrations accommodate some nearly 2 million attendees. Because of this, it has become one of the most important large-scale events in the entire state of Jalisco.

In 2016, the October Celebrations reached the ripe old age of 51, having provided many a visitor with smiles and memorable experiences and touched thousands of lives, including those of Jaliscan families as well as visitors to the city. Getting to this point has motivated the organization that much more to stay the course and continue engaging the public. 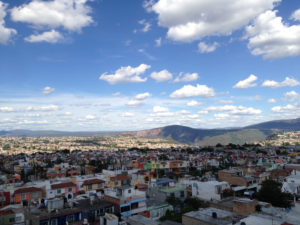 Personally, we have thoroughly enjoyed our time at the October Celebrations every year we’ve gone. For instance, we attended a Wisin and Prince Royce concert here at the auditorium (you would not believe the noise made by the female tweens – incredible, we thought we were going to lose our hearing); we rode the rides, including a grand ferris wheel overlooking the city to the north, a rare view; we consumed popcorn and other snacks and took in the sights and sounds, both at the fairground and in the surrounding neighborhood (which definitely tries to capitalize on the increase in local traffic); we spent romantic moments here and we experienced a part of true local culture.

You owe it to yourself to go. Even if you’ve been to the grandest state fairs, like the Minnesota State Fair or the Washington State/Puyallup Fair, and you don’t think anything can top them, well, you’re not in Minnesota or Washington anymore, and those aren’t the only fairs around!

A couple of pro tips:
Many shows at the auditorium you can see for free if you arrive early enough.
For the shows where you have to buy tickets, get ahead of the crowds and buy your tickets stat to see a show there. If that’s all you do, you won’t be disappointed. Just make sure to arrive early to the performance, as well, so that you can get situated comfortably.
Use the city’s light rail system to get out there. The crowds can be immense and parking a nightmare, and the auditorium and rides are just a short walk from the final station, Periférico Norte, Line 1.

The festivities will come to a close with the end of the month (October, that is). Que disfruten!