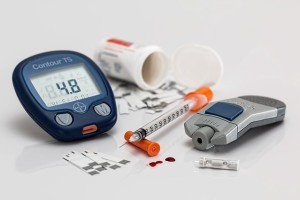 As we wrote about in our “Finding Furniture” article, things are arranged in Guadalajara in such a way that certain parts of the city consist of store upon store dedicated to the same commercial activity, effectively making these areas unofficial commercial zones of one type or another. This time we’ll be pointing out a commercial zone with stores dedicated to medical supplies, including crutches, wheelchairs, even home fitness equipment.

We might all hate it when it happens but it happens to the best of us – we get injured or our bodies just aren’t what they used to be, and we need a little help getting around or nursing ourselves back to health. It may be an at-home blood pressure monitor here, a walker there, some fitness equipment to conduct your PT in the comfort of your own house, or simply some reusable bandages and tape. Whatever the need be, one zone that can help you out runs along Calzada del Federalismo Norte, roughly between the cross streets of Calle Moreno to the south and Avenida Hidalgo to the north. You’ll want to be on the east side of Calzada del Federalismo Norte to browse the stores in this two-block stretch, including the large Medi Lab. 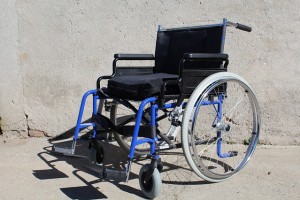 A second stretch of stores lies further north along Calzada del Federalismo Norte, this time on the west side of the arterial. Pass the El Refugio church smack in the middle of Federalismo and you’ll find another two-block stretch of shops dedicated to medical supplies and orthopedics lying between the cross streets of Calle Ignacio Herrera y Cairo on the south edge and Calle Juan Álvarez on the north edge. You can see a map of this area here.

Of course these two stretches along Federalismo constitute just one such zone dedicated to medical supply stores – there are other such stores in other parts of the city as well. We hope the commercial zone we’ve outlined here gives you a solid head start, though. To your health!