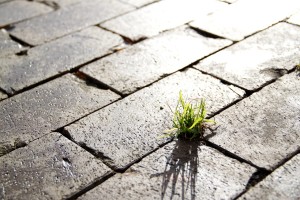 In 2010, the Economist Intelligence Unit (EIU), sponsored by Siemens, put out a study entitled the Latin American Green City Index in which the environmental performance of 17 select cities in the region were analyzed. As an interesting aside, some 81% of the Latin American population lived in cities as of the publication of the study. The EIU assessment was spread across 8 categories: Energy and CO2, Land Use and Buildings, Transport, Waste, Water, Sanitation, Air Quality, and Environmental Governance. Quantitative and qualitative measures were used to rank each city, and Guadalajara (along with Lima, Peru) ended up at the bottom of the stack with an overall result of “well below average”. While that certainly doesn’t reflect well on the city, generally speaking, one must first realize there’s a problem before one can fix it. Another way to look at it is that there is a lot of room for improvement and opportunities to get involved for those who care to. Additionally, if you’re considering moving to Guadalajara, you’ll of course want to know what you might be getting into, and this study, its results, and any updates we provide here, can help with that.

Below, we outline the key findings from the study. If you would like more information about the study, we encourage you to read it for yourself. We stress that these are the results as published by the EIU in 2010. Many things have changed since then, and we’ve attempted to provide updates to the best of our abilities in each section to more accurately reflect the current state of things.

Energy and CO2 | BELOW AVERAGE

Land use and buildings | AVERAGE

In the last few years, the city has been working on expanding its light rail (Tren Ligero) with a third line. Construction continues. Moreover, the SiTren (bus line integrated with the light rail) has seen expansion in both distance covered and number of buses on the road. Finally, while the Pedalea Guadalajara system has ceased to exist, the MiBici bicycle system launched last year. While it’s not free, it’s still fairly cheap and promises to stick around for a while.

We continue to see poor water usage practices, including the watering of plants by the city in public avenues and spaces, including parks, often at the hottest times of the day, instead of in the early morning or at night. During our time here, there has clearly been an effort to address parts of the water infrastructure, but it is unclear how much the leakage situation has changed if at all, for instance.

Two new wastewater treatment facilities were proposed at the time. One of them, El Ahogado, was in fact being constructed and has since been completed and is now online, it appears. The second plant, Agua Prieta, has likewise been built and is now online as of last year. According to a news article, the Agua Prieta facility has increased wastewater treatment to some 79% in the metropolitan zone of Guadalajara, a vast improvement.

In spite of the codes, measures, and monitoring, and especially given the fact that vehicles were found by the EIU to be primarily responsible for air pollution, you still see cars, trucks, even public buses being driven around that have no business being on the road and would never pass emissions testing. This is unfortunate, to say the least.

It would seem to us that Guadalajara would certainly score better in certain categories these days were the EIU to take another look, given what the city has accomplished since their last trip here. Is the city perfect? Absolutely not. We complain about air pollution, dirty vehicles, cultural worship of the personal vehicle, trash on the streets, lack of biking infrastructure, and the inability to consume the water out of the tap leading to the need to purchase purified water, among other things.

Yet, it is clear in the years following the study that improvements have been made. There’s much more room for improvement (there usually is), but it is reassuring on some level that projects have been completed and didn’t just remain proposals on paper, that there are some out there who have a desire to see environmentally-related improvements through. It makes one feel slightly better about where they live, to be sure.