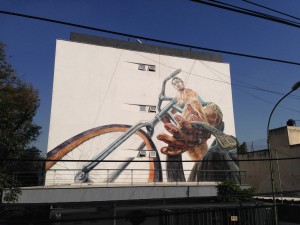 Biking in Guadalajara is not for the faint of heart. That being said, we bike everywhere – to work, to the market, to the park – and we do it for many reasons – for fun, for health, for getting a better view of the city. Besides, we don’t own a car and a public transportation is not always the way to go. We’re not alone. You’ll see people biking all over the city every day. Before you don your helmet and lay rubber to pavement with the power of the pedal, there are some tips and resources we suggest you acquaint yourself with to help you stay safe and aware and maximize your cycling enjoyment here in Guadalajara.

[Guadalajaran] Rules of the Road for Bicyclists 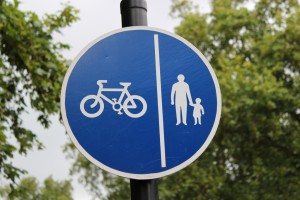 As unfriendly as the city may now sound or seem to anyone not in a car, Guadalajara is also host to some activities that, on the other hand, can make it seem like the friendliest. One of these activities is Vía RecreActiva. This awesome weekly occurrence is sponsored by the city. Every Sunday, from 8am-2pm, great extents of many major arterials and avenues are closed for recreational use only and traffic is rerouted – cars, buses, you name it, they all take a backseat for once to people and their bikes, roller blades, skateboards, wheelchairs, and feet. Volunteers manage the intersections to enhance safety and many, many people come out to get some exercise and enjoy (hopefully) beautiful weather. It’s wonderful to partake in it just for the sake of it all, but it can also be a safer way to get from point A to point B if contending with road hazards makes you skittish (and we wouldn’t blame you either). And if you don’t go for the exercise, go for the music, art, or other things! For further information, see Vía RecreActiva’s Facebook. This is the latest we were able to find on routes and points of interest: Post by Via RecreActiva Guadalajara. 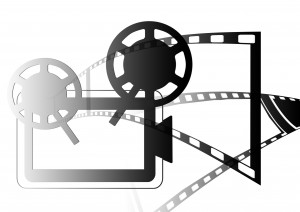 Bicinema is an organization of biking and film enthusiasts who invite you to join them on a weekly group ride through some predetermined section of the city for that particular week (routes differ from week-to-week, think of it as a sightseeing tour of sorts), followed by a film viewing in a local business establishment. It’s intended to promote bicycling and it’s all free, except for whatever snacks and drinks you might get for yourself during the movie. They even have a few loaner bikes available if you don’t have your own, but no guarantees that there will be any still available by the time you show up. For more information, see their Facebook. 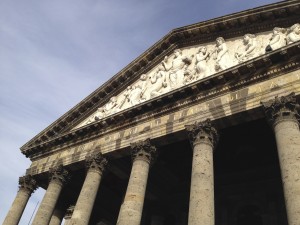 Paseo Camaleones is dedicated to promoting bicycle use as a means of transportation by providing cultural tours throughout the city by bike. Open to tourists and locals alike, their weekly night rides of roughly two hours center around a theme (“love of parks”, for instance) and are led by a guide who provides commentary on points of interest along the route. For further information, including equipment requirements, location, and dates and times, see their web site and Facebook.

There are many other bicycle-centric activities taking place in Guadalajara at any given moment. Following are some additional informational resources:

Biking is a blast and a great way to get around, and hopefully we’ve helped you feel more confident about getting out there and enjoying it while at the same time staying safe. Let us know through your comments if you have any biking tips, resources, and events to share, and happy riding!